Champe W. Miller is a certified Investment Advisor licensed in the state of Texas since 1996, with twenty-one years of experience in the wealth management business. As the owner and manager of Miller Financial Services since August, 2009, Mr. Miller has insured the company’s continuing tradition of excellence and personal service. Prior to opening Miller Financial Services as an independent advisor, Mr. Miller was employed as an Investment Advisor for eleven years with A.G. Edwards and Sons, and for two years with Wachovia.

Champe graduated from the United States Military Academy at West Point in 1974. He served in the U.S. Army as an Infantry and Aviation Officer, commanding several units in overseas deployments. He retired from the U.S. Army in 1994, then voluntarily re-entered active duty, serving in Combat Plans and Operations in Baghdad, 2005 – 2006. He returned to A.G. Edwards and Sons following his tour of duty in Iraq.

Champe is married to Mary Virginia Miller. They have four children: Carrie Stocker, currently serving in the U.S. Marine Corps, Charles Stocker, working in the Oil Servicing industry, Matthew Miller, working in Private Equity, Mergers & Acquisitions, and Morgan Miller, an analyst with a research firm. His recreational activities include hunting, fishing, and traveling. Champe and Virginia are active in the First United Methodist Church of Huntsville. Champe was a member of the Rotary Club of Conroe for eight years, serving as President during 2004. He has served as a Director on the Board of HEARTS Veterans Museum of Texas since 2007. 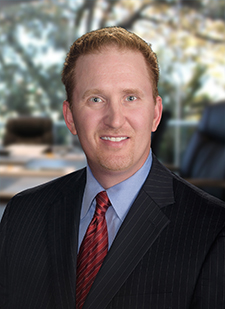 After witnessing the conflicts of interest that were rife in the financial services industry during his 17 years as an Regional VP for a 200 billion dollar financial services firm, John Jablonski, dedicated himself becoming a financial advisor for whom fairness and objectivity were a way of life, not a slogan. John pursued those goals by joining Freedom One Advisors Group and founding the Houston office.

John is a graduate of the U.S. Air Force Academy as well as receiving his MBA from the Marshall School of Business, University of Southern California. He spent 5 years active duty in the U.S. Air Force working as a Senior Cost Analyst policing defense contractors for the space program where he earned the rank of Captain before his honorable discharge.

As a highly sought after consultant and public speaker John assisted Financial Planners throughout the country improve the quality of their practice. After seeing the inconsistencies between the planners and the clients goals John made the decision to build his own practice around the principles of expert advice, rigid integrity, and focus on client needs.

John has obtained the Certified Fund Specialist (CFS©) designation. His practice focuses on advising individuals and small business owners in the planning and implementation of wealth management strategies, retirement planning and estate conservation.

John lives in Magnolia, Texas with his wife and two children where they spend their time with their 4 horses on the farm.

To learn more about the professional history of your financial advisor, please visit FINRA’s BrokerCheck. 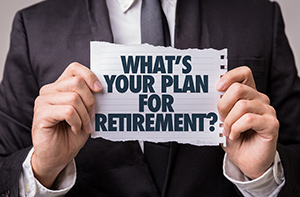